A lot of snake repellent products have consistently flooded the market, and people are getting curious and confused as to their effectiveness. One of the questions asked is if products like Victor Snake-A-Way works, and if so, how it works.

In this article, we will discuss the various circumstances that surround the differing reports concerning the product’s effectiveness.

Reports of the effectiveness of Victor Snake-A-Way

Victor Snake-A-Way claims, according to its product label, to repel various kinds of snakes.

A comprehensive scientific study on its effectiveness has been made, and the study used various species of snakes. These include cottonmouths, copperheads, racers, different rattlesnake species, hognose snakes, and coral snakes.

The test for the product’s effectiveness was done by the University of Florida Professor of Reptology Harvey Lillywhite.

Dr. Lillywhite has been recognized internationally as a world leader in reptological research.

In addition, more than ten years of independently conducted research plus follow-up testing were done by Dr T Nature Products, as well.

Victor Snake-A-Way’s effectiveness has been demonstrated in their experiments, which was conducted on different snake species.

It has been found to have a very variable rate of effectiveness that ranged from 17 percent to a full 100 percent. The variation depended on the specific snake species tested.

The results are enumerated below as a list of the species of snakes on which Snake Away was tested and their corresponding efficacy rate.

From this study, it can be seen that the product has been found to be mostly effective based on the experimentation results obtained by researchers.

Even the low percentages of 17 and 21 percent are quite promising, considering that there are some reports from other users who say that the product is completely ineffective.

Some of the positive feedback reported by users of Victor Snake-A-Way include the following:

Meanwhile, some of the negative feedback are enumerated as follows:

Most of the other users who gave feedbacks had similar reactions and experiences, both good and bad.

Many reactions commented on the strength of the smell and the conflicting reactions of snakes to the granules.

Related Article: How to Snake Proof Your Garage

The Victor Snake-A-Way Snake Repellent Granules product is a combination of ingredients that have been university tested and ready for use. The ingredients were chosen for their capacity to repel most species of snakes, with specific emphasis on rattlesnakes and garter snakes.

Its manufacturer designed the product’s formula based on the extreme olfactory sensitivity of snakes.

These animals can “smell” their environment using a highly developed sense organ known as the Jacobson’s Organ. Snakes are heavily dependent on this organ to locate food and avoid dangers.

This reliance on smell is taken advantage of by the product.

Victor Snake-A-Way targets the way that snakes use to navigate and survive their harsh environment.

According to the manufacturer, the product overwhelms the sense of smell of snakes and compels them to leave the place where it is sprinkled to get fresher air.

It is best to completely spread Victor Snake-A-Way around areas where you want snakes to avoid. You can apply it around cabins, houses, flowerbeds, trailers, sheds, and garages.

Upon opening the container, shake its granules gently and sprinkle it into bands to surround an area.

It creates an effective barrier that will help repel snakes. Surround the entirety of the area you want to protect. Any break present in the barrier can potentially allow snakes to enter.

The product is recommended to be sprinkled as bands that are 4 to 5 inches wide for garter snakes or 8 to 12 inches for rattlesnakes.

Reapply the granules after persistent and heavy rain to retain the strong scent and its potency.

Victor Snake-A-Way also comes in a spray form, and is applied by spraying around the areas which you want to protect, in place of the granules.

Related Article: Who to Call When You See a Snake

Ingredients of Victor Snake-A-Way and their uses

They are strong-smelling substances intended to cause irritation and temporary disruption of the sensory smelling organs of snakes.

These substances have effective repelling action for approximately three months if the product is used according to its manufacturer’s instructions. As their odor fades with time, reapplication of the product is recommended.

Naphthalene is also the active ingredient of mothballs, which is used to eradicate and drive away other pests from its strong smell. It is also used as an insecticide and as a toilet deodorant block, among other uses.

Meanwhile, sulfur is also being used as a fumigant, insecticide, and fungicide. It is also used as part of various compounds that are used for disinfecting, bleaching, and as refrigerants, among other industry applications.

Other products from the Snake-A-Way manufacturer

Aside from snake repellent products, Victor is a company that also makes various kinds of repellents, traps, and pesticides for different rodent pests like rats, mice, and gophers.

Their repellents use a combination of different essential oils that are known to be unpleasant for rodents. Their active ingredients include castor oil, peppermint oil, cinnamon, cinnamon oil, citric acid, and citronella oil.

These oils are also used for repelling snakes, which are reported to have varying effectiveness.

These products come in the form of either granules, sprays, and plug-in devices. The granules are used in the same way as snake repellent granules.

Will cats keep snakes away?

Cats are carnivores that have keen hunting instincts. They hunt snakes and could be able to keep them away. The slithering movement made by snakes tend to activate cats’ hunting instincts and attract their attention.

The constant presence of cats in an area may keep snakes away as they will try to avoid being preyed upon by the felines. However, it is not uncommon for unwary snakes to wander into the area if they have never yet encountered the cat that is staying there.

Are commercial snake repellent granules hazardous to pets and children?

As long as these repellents are used properly and according to the manufacturer’s instructions, they should be safe. It is nevertheless advised not to apply such a product in areas accessible to pets and children. 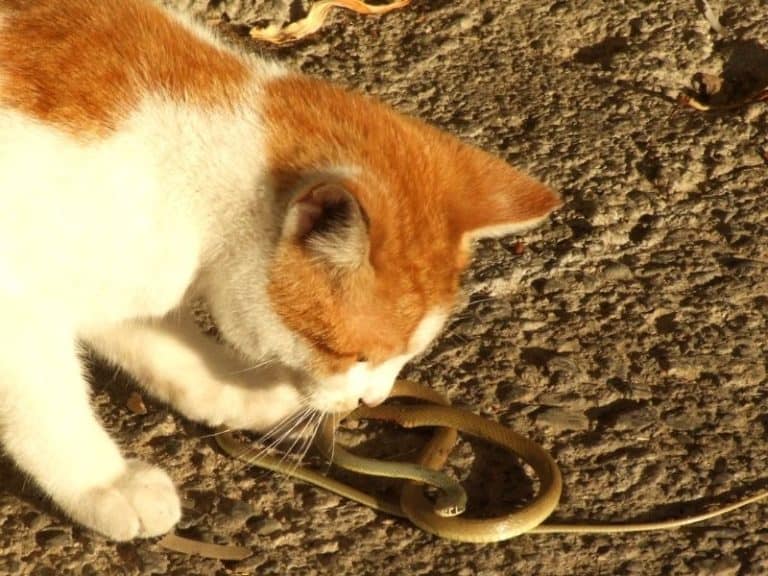 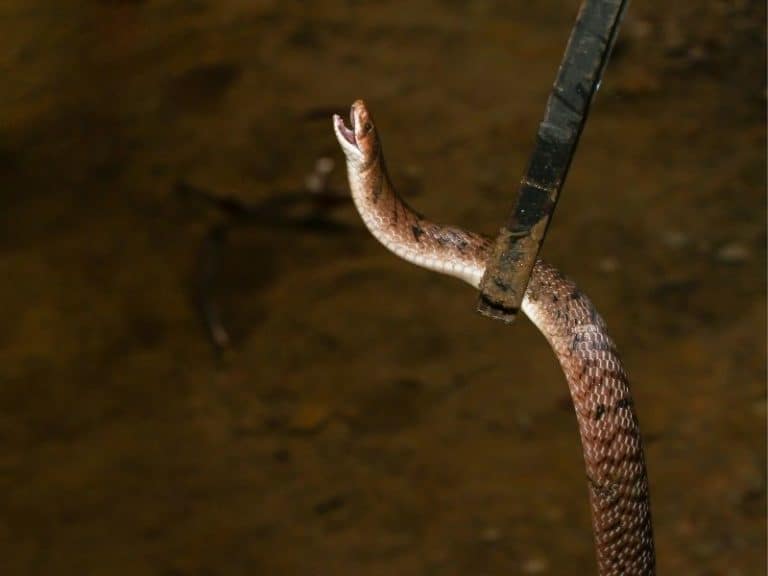 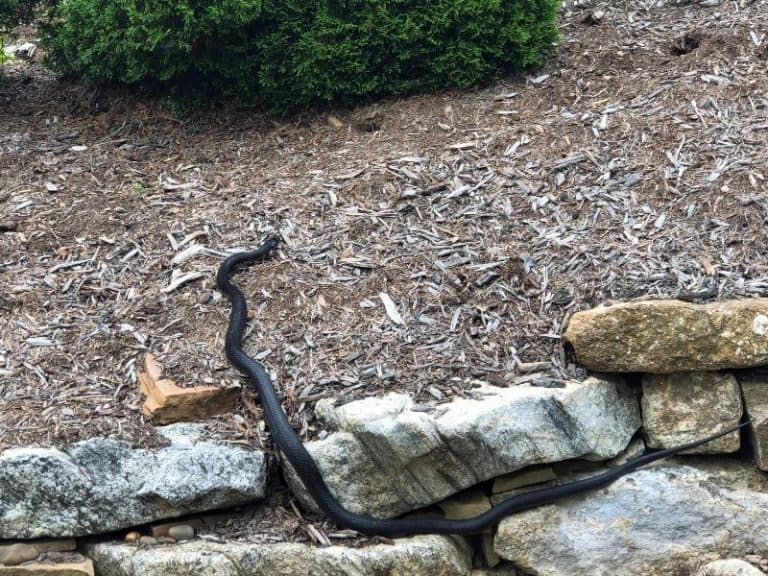 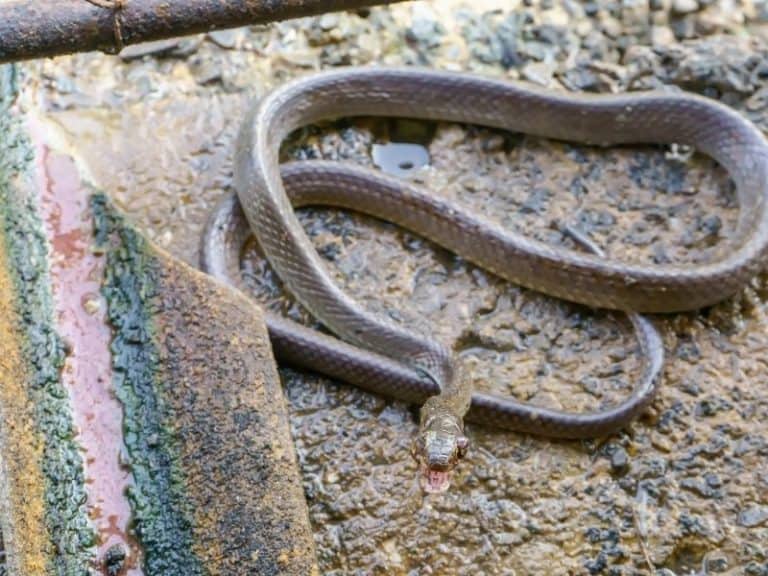 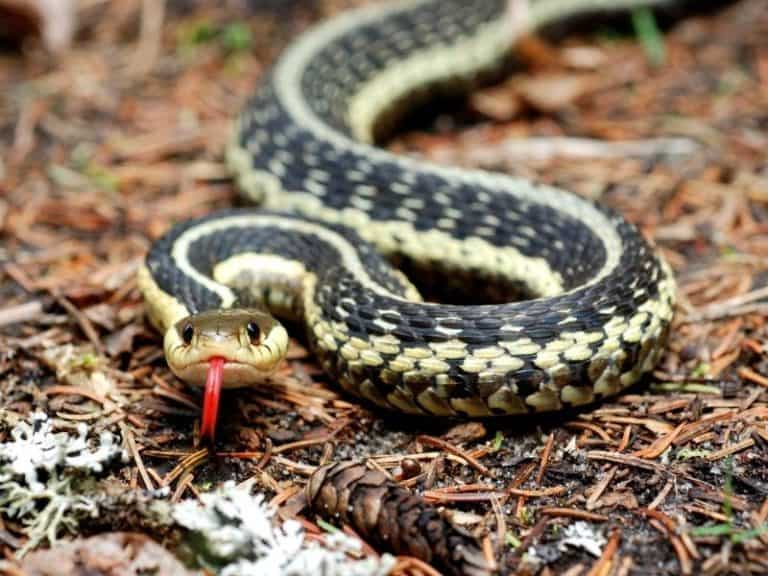 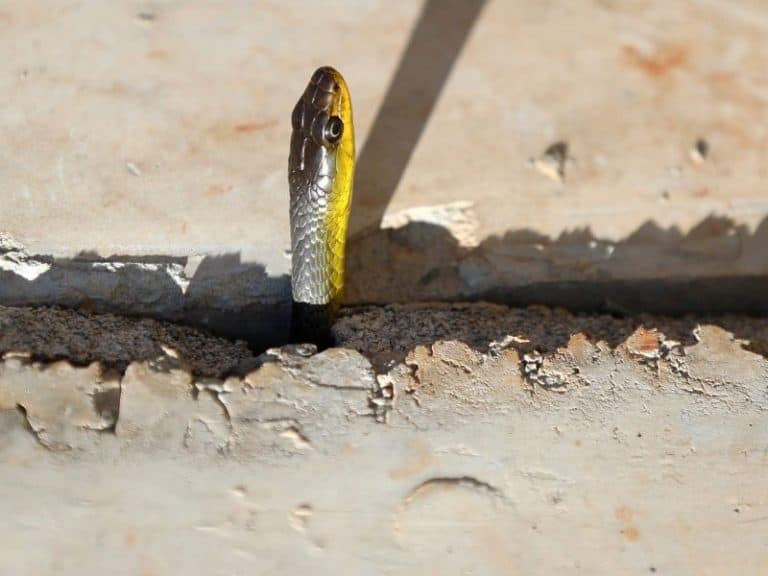