Online, you can easily come across stories about squirrels throwing acorns or half-eaten fruits at people and domesticated animals. These narratives tell about the tales of trusting adults, tree-climbing kids, and unsuspecting cats and dogs allegedly falling victims to squirrels.

There is no evidence that squirrels can throw things like humans, despite many accounts online. However, squirrels can certainly drop things, especially when startled or unhappy with what they have in their paws. The limbs of squirrels are suitable for climbing and digging, but not for throwing.

Later, you will learn that there is only one species that can throw things quickly and accurately.

You will also learn that the closest relatives of that species are poor at throwing things despite being strong and athletic.

When you get to the very end of this article, you will realize that it’s very unlikely for squirrels to be able to throw things.

Why Squirrels May be Smart Enough to Throw Things

The good news is that there are many pieces of evidence that these furry critters are smart enough to be able to throw things.

Besides showing their enemy who’s boss, throwing things may also be done by squirrels (if they’re really smart enough) to grab your attention for food or affection, or simply to entertain you and make you laugh.

Here are some telltale signs that squirrels may be small, but have big brains:

They can pretend to bury food

Squirrels are well-aware that there are food thieves among them, in particular those that love to snack on their favorite foods.

As a matter of fact, they tend to lose as much as 25% of their cached nuts and seeds to thieves.

To throw off potential bandits, they pretend to dig holes and bury something.

However, they are burying absolutely nothing! Unsuspecting food thieves will try to make an effort to steal the buried food before their owners come back, only to realize that they have been duped.

In some instances, squirrels simply choose to bury nuts and seeds in places that are difficult to reach.

They run in a zigzag pattern

Squirrels have been around for nearly 40 million years now.

Needless to say, these beady-eyed creatures are top survivors. One of the things that help keep them around is that they run in a zigzag pattern when escaping predators.

Many people refer to what squirrels do when they feel threatened as a “dance”.

However, for squirrels themselves, it’s far from being an expression of their mood. Squirrels dance to make it more effective for them to avoid ending up in another animal’s belly.

Running in a zigzag pattern is a tried and tested way to make it less likely for them to be captured by owls, eagles, hawks, and their other known enemies.

Unfortunately for squirrels, their dance doesn’t seem to work that well on speeding automobiles.

They know there’s strength in numbers

In a Russian park, a dray or scurry of squirrels (that’s how a group of squirrels is referred to) ganged up on a stray dog.

According to witnesses, the dog was barking at some squirrels hiding in branches overhead. Suddenly, the squirrels climbed down and attacked the dog.

When several men tried to stop the attack, the squirrels scattered in different directions while carrying with them small pieces of the poor dog.

Many found the incident unbelievable, adding that it was the first time they saw such an attack.

Locals believe that squirrels had no choice but to go for other food sources since, during that time, there was a shortage in pine cones. Russian scientists, however, disagree.

Why Squirrels May Not be Smart Enough to Throw Things

Unfortunately, there are also certain things squirrels do that can leave you second-guessing if they are really smart enough to be able to throw things or not.

Online, some of the cutest animal videos are those of animals captured doing stupid things. While they may look adorable alright, being dim-witted in the wild can spell the difference between life and death.

The following are some indicators that squirrels may have small brains after all:

They fail to recover all their buried food

Earlier, it was mentioned that squirrels are smart enough to pretend to bury food to keep thieves from getting their hands on the real deal.

Also, in some instances, squirrels look for hiding places that are difficult to reach or find.

Did you know that it’s not all the time that squirrels are able to dig up their buried nuts and seeds?

No, it’s not because bandits unearth them before they do but because squirrels tend to forget their exact locations. As a matter of fact, it is said that they fail to recover about 74% of the food that they bury.

But that’s okay because the nuts and seeds they forget to dig up grow into trees.

They cross the street at the wrong time

Well, squirrels do not really cross streets when cars are approaching. What they are trying to do instead is try to dodge cars, thinking that they are some massive predators out to devour them.

Squirrels run in a zigzag pattern each time they spot predators, in particular flying ones. It has helped them survive since they first showed up on the planet.

Unfortunately, this survival tactic of theirs is ineffective against some of the things today that could kill them, too, such as speeding cars. But they don’t know that.

This is why it may seem like they are really trying to get themselves killed when in fact they are trying to live.

In the wintertime, there are more dead squirrels on the roads. It’s because squirrels tend to gain a lot of weight when it’s cold to stay warm and cozy, which can make them do their trademark zigzag run slowly.

Of all species, humans are the only ones that can throw things quickly and accurately. The closest relatives of humans, which are chimpanzees, are extremely bad at throwing things. This is despite them being quite strong and athletic.

Squirrels rely on their limbs for carrying out a number of everyday things, from getting to their nests to stealing seeds from bird feeders. It doesn’t come as a surprise since their limbs are incredible.

For instance, thanks to their powerful limbs, squirrels can jump five to six feet from the ground or from any surface, such as the roof of the house or a tree branch.

Their limbs also enable them to run almost 20 miles per hour. What’s more, squirrels can quickly climb trees, whether right side up or upside down!

However, there is something that squirrels cannot do with their amazing limbs: throw things.

They are adept at using their limbs, particularly the upper pair, for snacking on nuts and seeds as well as burying and digging them up.

However, they are unable to use their limbs to throw things as humans do.

Just Before You Toss Stuff Back at Squirrels

It’s true that they have limbs capable of doing all sorts of things that help these adorable rodents thrive and survive. However, their limbs are incapable of throwing things.

They can drop things alright, such as when they are startled.

The things they drop can also ricochet from tree branches, tree trunks, garage roofs, car windshields, park benches, and others, which can be easily mistaken for as things coming straight from the tiny paws of squirrels.

It’s no secret that squirrels are notorious for stealing from bird feeders or gnawing on wires and cables. However, throwing things is something that they should not be suspected of because they can’t. 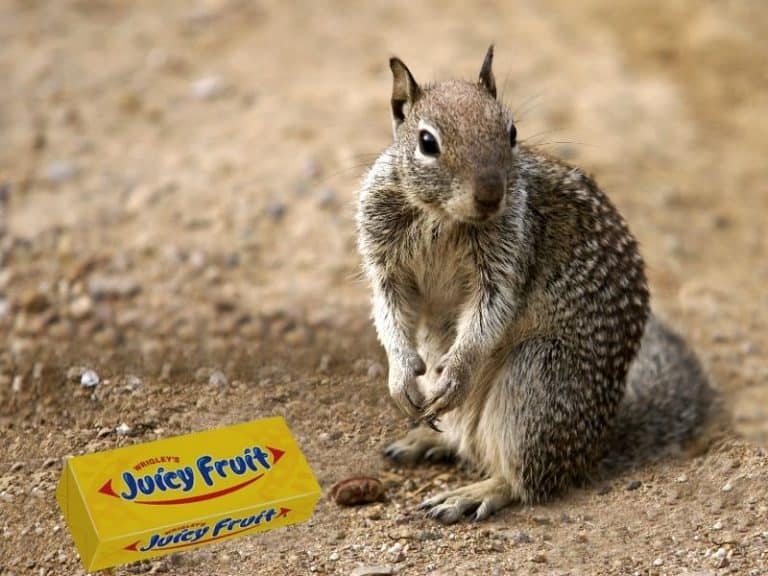 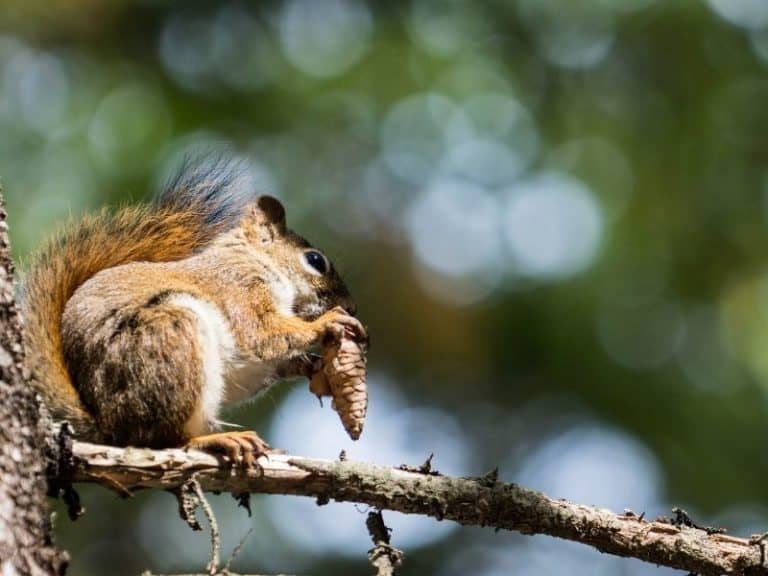 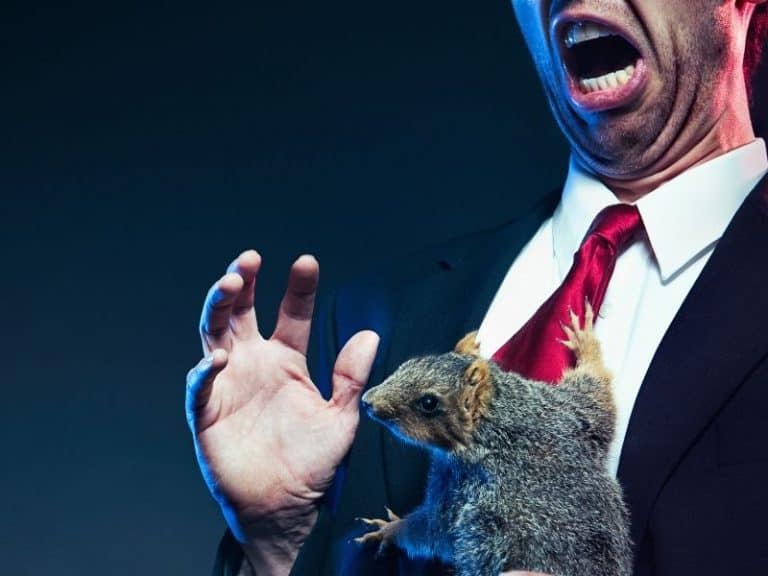 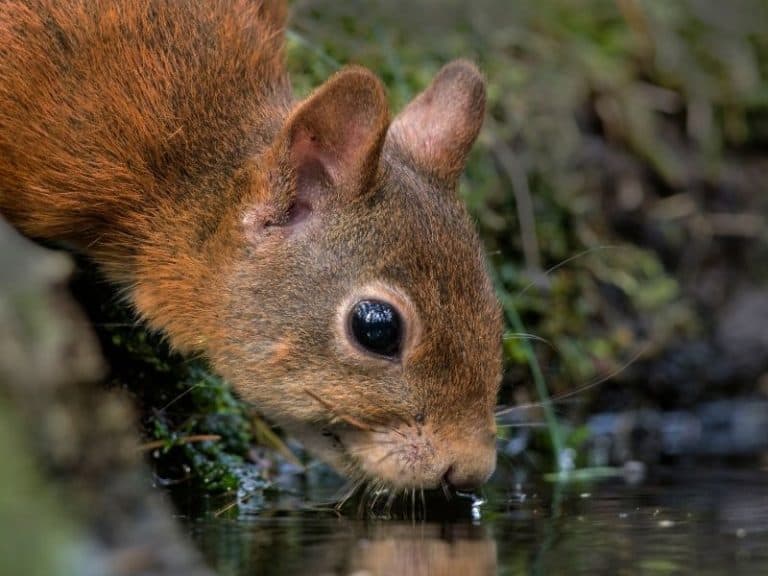 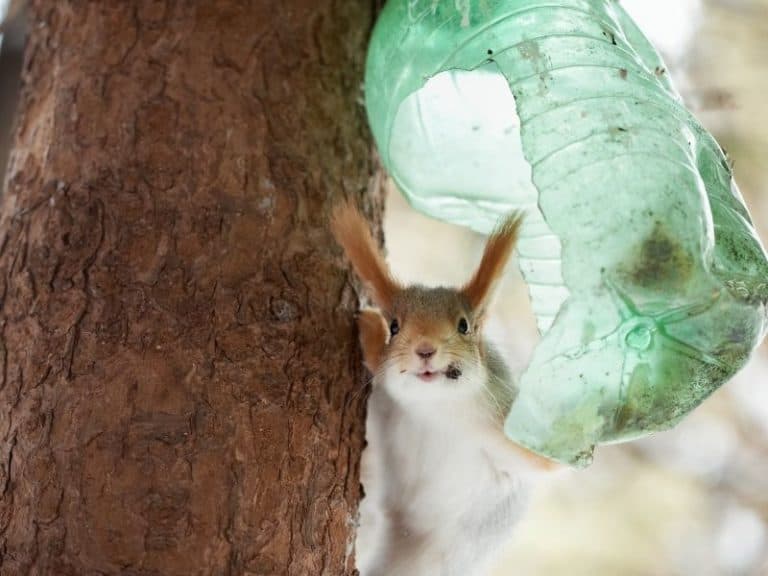 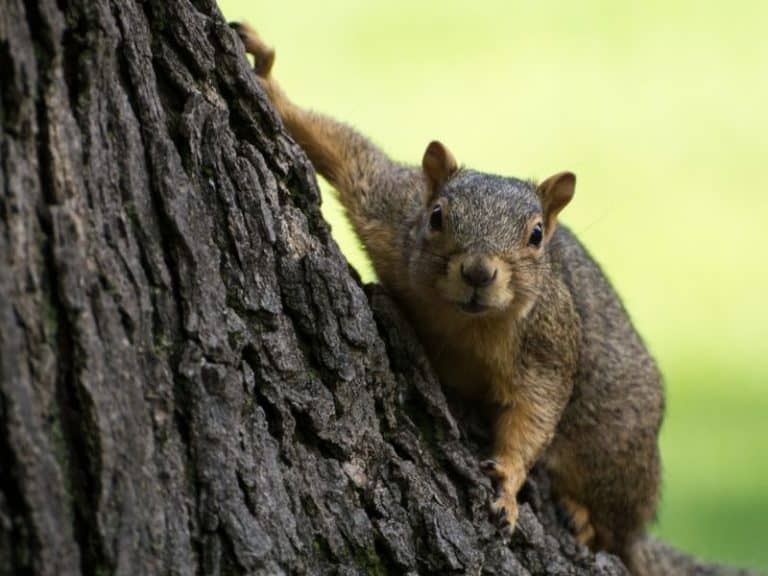